If you buy through a link on my site, I may earn an affiliate commission at no extra cost to you. Learn more.
By Alex
Last updated on December 26, 2017 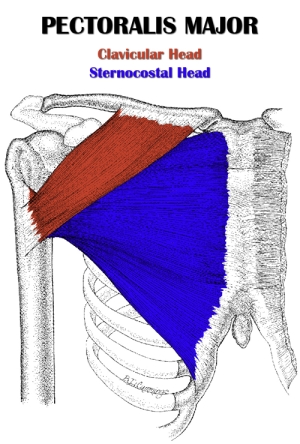 It acts on the shoulder and (indirectly on) the scapula, with its most prominent role being the prime mover in shoulder horizontal adduction.

The pec major is the largest and most superficial of the anterior axioappendicular muscles, lying superficial to the entire pectoralis minor and subclavius, and part of the serratus anterior.

The muscle consists of two heads: the clavicular head, or upper chest fibers; and the sternocostal (sternal) head, or lower chest fibers, which makes up the vast majority of the chest mass.

The parallel-oriented fibers of each head converge as they insert on the proximal humerus, giving the pec major its fan-like or radiate muscle architecture. 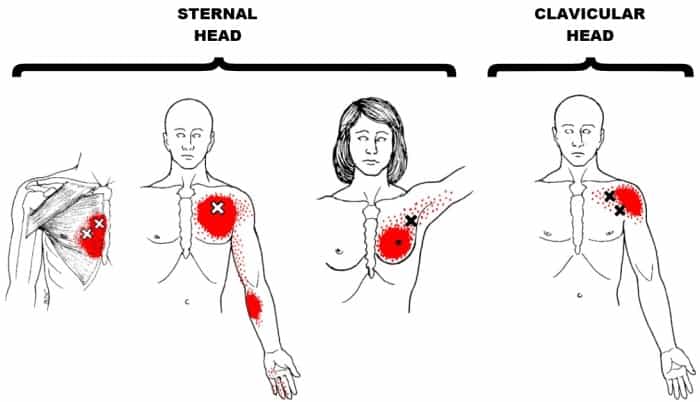 Author
Alex
Hey! My name is Alex, and I'm the owner and author of King of the Gym. I started this website back in late 2009 during college, and it has been my pet project ever since. My goal is to help you learn proper weight training and nutrition principles so that you can get strong and build the physique of your dreams! Read more about me here.
Share11
Pin36
Tweet
47 Shares