The brachialis (G. brachion, arm.) is a lesser-known arm muscle located on the front of the humerus. It is the prime mover in elbow flexion.

Since it only crosses one joint, its contribution to elbow flexion is always the same, no matter the position of the shoulder joint or rotation of the forearm.

It’s the strongest elbow flexor due to its large cross-sectional area combined with the favorable leverages produced by its attachment points.

The aforementioned factors are why the brachialis is often described as the “workhorse of elbow flexion.”

The brachialis – which is part of the anterior compartment of the arm – is not a very “popular” muscle, and that’s mostly because it’s lies deep to the more well-known biceps brachii.

However, it is partially visible on the lower and outer portion of the upper arm, which can have a significant aesthetic impact by making the arm thicker viewed from the front. With low body fat, it creates a prominent bulge on the outer arm, giving the arm a more 3-D look when flexed.

The brachialis has a broad origin on the distal half of the humerus. Its parallel-oriented fibers run distally down the arm and insert on the proximal ulna, forming a flat fusiform muscle architecture.

The brachialis physically cannot be stretched. Doing so would require extending your forearm back so far that the elbow bends in the opposite direction. 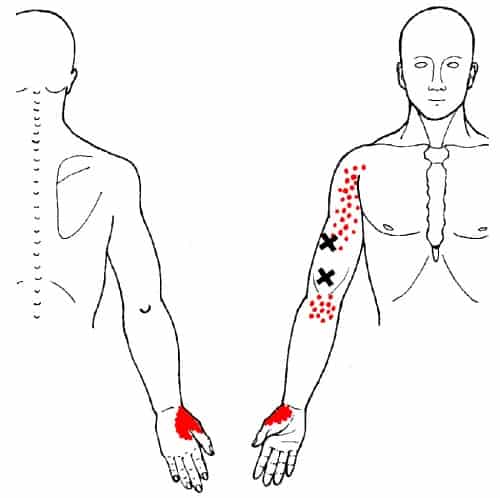