Biceps Anatomy: All About the Biceps Muscles

If you buy through a link on my site, I may earn an affiliate commission at no extra cost to you. Learn more.
By Alex
Last updated on September 1, 2015 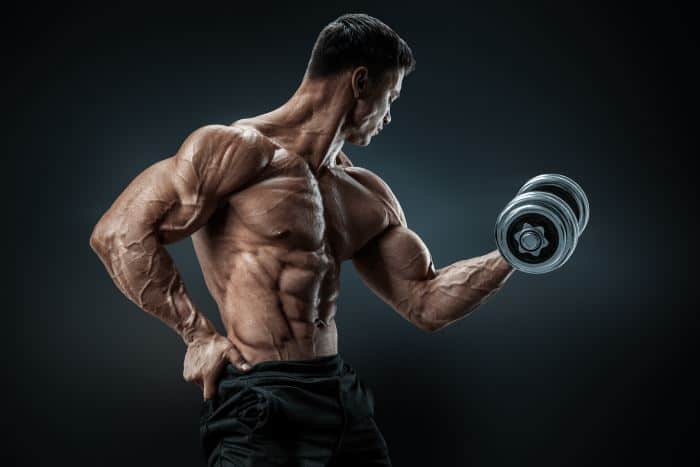 The biceps anatomy includes the biceps brachii and the brachialis. Learn about both of these muscles, their locations and functional anatomy.

This page contains an overview of the biceps muscle group.

A little known fact is that the biceps muscle group only make up one-third of the upper arm’s muscle. The triceps brachii is actually twice its size, accounting for the remaining two-thirds of muscle mass. That said, let’s look at the makeup of the biceps… 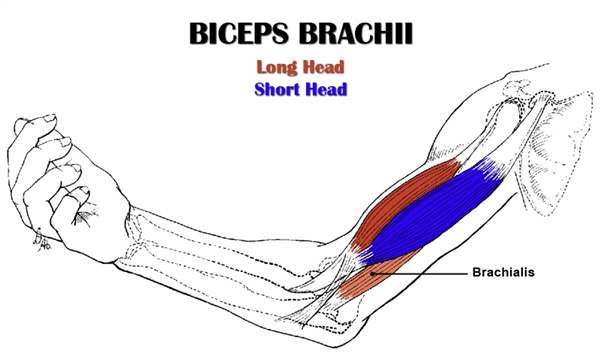 The anatomical name for the main biceps muscle is biceps brachii, which is in Latin. Translated to English, biceps means “two-headed” and brachii means “of the arm.” It doesn’t take a genius to figure out the combined translation: “two-headed [muscle] of the arm.”

The two heads (i.e. distinct collections of muscle fibers) of the biceps anatomy vary in length, and so, they are known as the short and long biceps heads. They connect to different places on the shoulder/scapula region, but have a common insertion point on the elbow tendon.

This unique structure allows the biceps to carry out their two essential functions:

There is another arm muscle typically associated with the biceps muscle group. It is the much less known muscle called the brachialis…

…But being relatively unknown doesn’t mean it’s unimportant; as is the case with many things in the fitness world. The brachialis, which is located underneath and on either side of the biceps brachii, assists in the action of elbow flexion.

However, it is unique in that it becomes fully activated only when the arm is flexing, but not actually moving. And so, this muscle is worked in the same exercises as the biceps brachii, but it is only active at a specific point within the movement.

Author
Alex
Hey! My name is Alex, and I'm the owner and author of King of the Gym. I started this website back in late 2009 during college, and it has been my pet project ever since. My goal is to help you learn proper weight training and nutrition principles so that you can get strong and build the physique of your dreams! Read more about me here.
Share1
Pin12
Tweet
13 Shares

2 thoughts on “Biceps Anatomy: All About the Biceps Muscles”