The pectoralis minor (L. pectus, chest ; minor, smaller.) is the smaller and lesser-known of the two chest muscles. 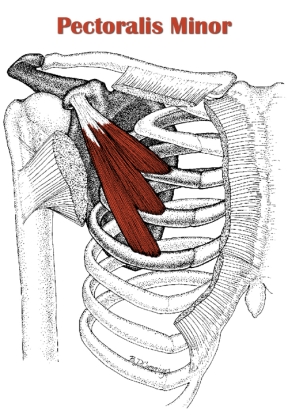 It helps stabilize the scapula and is the prime mover in scapular downward rotation. It’s involved in other scapular movements, which I’ll cover later.

It is technically classified as part of the anterior axioappendicular muscle group.

The pectoralis minor is not even a visible part of the physique. It lies deep to the pec major and upper fibers of the serratus anterior.

From this broad origin on ribs 3, 4 and 5, its parallel-oriented fibers extend superolaterally and converge as they insert on the upper outer shoulder blade. This can be described as a fan-shaped or radiate fiber orientation.

Note: There is no such thing as a “pectoralis minor exercise” per say – that is, no exercise targets it directly. However, the pectoralis minor is trained indirectly in different exercises, namely: 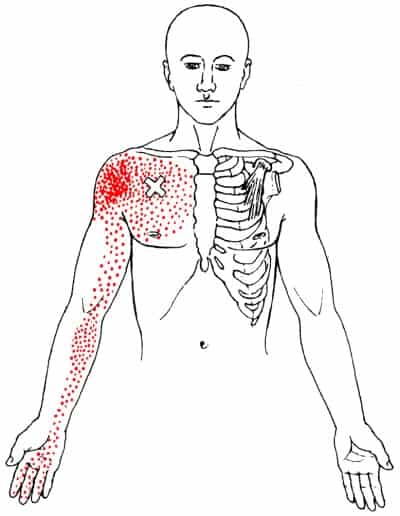 Author
Alex
Hey! My name is Alex, and I'm the owner and author of King of the Gym. I started this website back in late 2009 during college, and it has been my pet project ever since. My goal is to help you learn proper weight training and nutrition principles so that you can get strong and build the physique of your dreams! Read more about me here.
Share8
Pin29
Tweet
37 Shares