It acts on the elbow, forearm and shoulder, with it’s main role being a synergist in elbow flexion.

Located in the anterior compartment of the arm, the biceps brachii is outermost muscle on the front of the upper arm, lying superficial to the brachialis.

The biceps are arguably the most popular muscle group on the human physique, especially among guys new to lifting. This is not surprising, though, considering the following…

The biceps brachii consists of a short (inner) head and a long (outer) head.

The short head originates from outer tip on the top of the scapula, and the long head from just above the shoulder socket on the scapula.

The parallel-oriented fibers of each head run distally down the humerus and insert on the anterior proximal radius.

Fun Fact: “Biceps” (not “bicep”) is the correct spelling for the singular form of the word. This is because the suffix, -ceps, refers to multiple heads of a single muscle. So, even though it sounds weird, the sentence, “My left biceps is lagging, bro!” is grammatically correct. The same concept applies to any muscle ending with -ceps, like triceps and quadriceps. 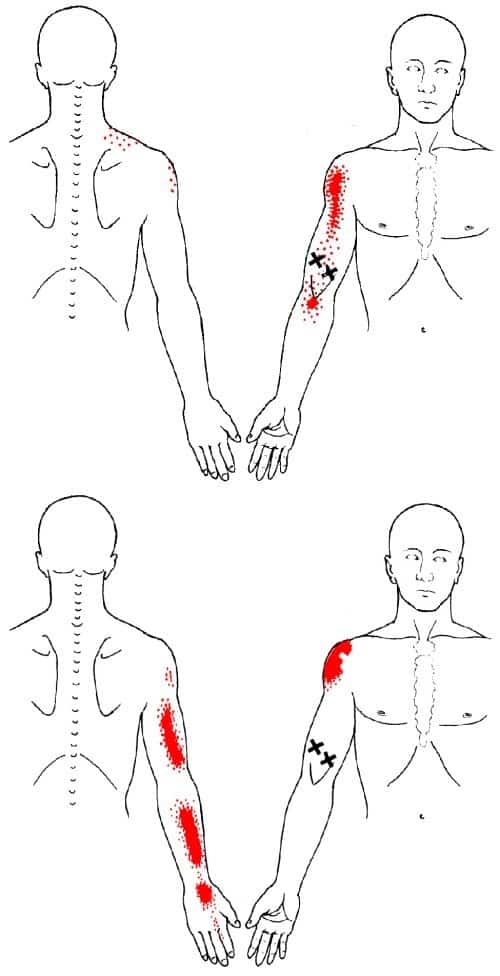 Author
Alex
Hey! My name is Alex, and I'm the owner and author of King of the Gym. I started this website back in late 2009 during college, and it has been my pet project ever since. My goal is to help you learn proper weight training and nutrition principles so that you can get strong and build the physique of your dreams! Read more about me here.
Share
Pin2
Tweet
2 Shares