A Guide to Caffeine Supplements as a Pre-Workout Stimulant

If you buy through a link on my site, I may earn an affiliate commission at no extra cost to you. Learn more.
By Alex
Last updated on March 17, 2020 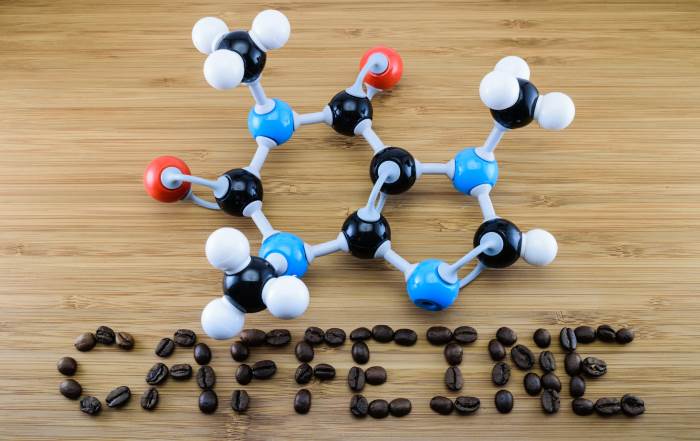 They amplify your energy, increase your focus and improve your performance…

…All without the hassle of brewing or drinking any coffee!

How do they do this? Magic? Quite possibly. But I have my own theory, illustrated below:

I’m joking of course. And besides, how caffeine tablets are made is irrelevant…

…We only care that they work. And, indeed, they do work. After all, caffeine is a main ingredient in many popular pre-workout powders.

It’s just that taking pure caffeine as a workout stimulant is such an obvious idea that many weight trainees never even consider it.

On this page, I’ll discuss caffeine, its benefits, its side effects and whether supplementing with it is a good idea for you.

Did you know that caffeine is the world’s favorite psychoactive stimulant?

That’s right. Caffeine – the stuff in your coffee, tea and soda – is actually a full-blown, raging drug! You junkie, you.

But of course, I’m just being sensationalistic. As most people realize, not all drugs are bad, mmm’kay.

This is just a fancy name for a specific class of chemical compounds, which have similar molecular structures and function as mild central nervous system stimulants. They also act as bronchodilators, but that’s beyond our focus.

People have been enjoying its energizing and uplifting effects for many thousands of years.

The first connoisseurs of caffeine may have actually been from the stone age, and they would have simply chewed on tea leaves to get a very light buzz…

…Crude, yes. But let’s be serious, you can’t expect too much from cavemen. 😀

The brewing of tea wasn’t “discovered” until as late as 3000 years ago in China. And the brewing of coffee most likely wasn’t around until the 1450s AD, if not later.

Caffeine, itself, wasn’t discovered until 1820, when a German chemist isolated it from coffee. Without knowing it had been done already, a few French chemists also made the same discovery the very next year.

So you can thank everyone – from the 19th century chemists to your cave-dwelling stone age ancestors – for promoting the use of caffeine and discovering evermore convenient and efficient means for its consumption.

There many desirable benefits to be had from taking caffeine supplements; specifically caffeine tablets. Below is a list of some of the benefits most relevant to weight trainees:

This is a consensus echoed by major health organizations; like the Food and Drug Administration (FDA), who has given caffeine the GRAS (generally recognized as safe) designation.

That said, you must remember that caffeine is a central nervous system stimulant. As such, it does come with some potential side effects. See below:

Again, these are potential side effects. At that, they are generally mild and usually only occur due to excessive consumption. They are always temporary in duration.

Furthermore, most people who only take moderate amounts will experience no noticeable side effects.

Are Caffeine Supplements Right for You? 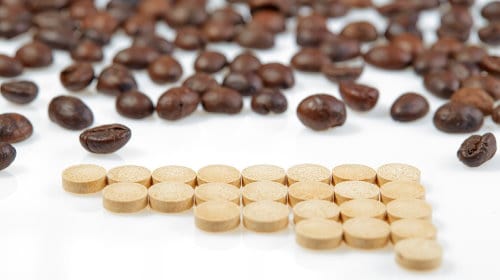 Caffeine tablets are a great pre-workout supplement choice for many folks. You are an ideal candidate if you…

And, as long as you…

If any of the last four bullet points apply to you, then caffeine may not be right for you. Read below on how to deal with each scenario:

If you’re highly sensitive to stimulants, then it may be easiest to just avoid caffeine altogether. If you want to try anyway, do so mindfully.

If you workout before sleeping, then the obvious solution is to change your workout time. If this is not possible, then you should not use caffeine. It will keep you awake at night, thus disrupting your recovery and hampering your overall progress.

If you have, or think you may have, some heart issues or other relevant medical conditions, then I urge you to consult your physician before proceeding…

…Actually, it’s a good idea for all people to check with their physicians before taking a new supplement. See my full disclaimer.

“How Much Caffeine Should I Take?”

Most caffeine tablets contain 200mg of caffeine per tablet.

I recommend you cut the tablet in half and take just 100mg for the first workout session. From there, you can hone in on your optimal dosage by using what I’ll call the “Goldilocks” strategy:

Once you find your optimal serving size, you can take it for a while and still be able to enjoy enhanced workout sessions. However, you will gradually develop a tolerance to caffeine.

The easiest way to combat an increased tolerance is simply increasing the serving size (e.g. by 1/4 of a tablet, or 50mg, each time). It’s fine to use this method a couple/few times.

However, you can increase your serving size so many times before you end up having to take large quantities to achieve the same effects.

To limit the possibility of encountering side effects or developing a very strong dependency, don’t exceed 300mg if you’re (more or less) an average-sized lifter; or 400mg if you’re bigger.

There is an effective way to deal with your caffeine tolerance once it reaches such a high level. That is to dramatically reduce, or eliminate, your caffeine intake for at least a week.

This will lower your tolerance noticeably, allowing you to take less caffeine than before while still achieving its desired effects.

“When Should I Take Caffeine Tablets?”

As when to take the caffeine, my advice is to do so about 20-30 minutes before your workout. This gives it enough time to get into your system and start working its magic.

As a general rule, avoid caffeine supplements within 6-8 hours of sleeping. Caffeine close to bedtime can cause insomnia, or at least interfere with optimal sleep patterns.

Do note, however, that 6-8 hours is a general rule – some people can sleep like a baby if they take caffeine 3 hours before bed, while others may still have trouble falling and staying asleep if they have caffeine within 12 hours of their bedtime.

My Recommendations for Caffeine Supplements

My top two recommendations for caffeine tablets include the following:

I’ve used both of these caffeine supplements before, and each works like a charm.

If you enjoyed this post, be sure to check out my articles on other weight lifting supplements.

Author
Alex
Hey! My name is Alex, and I'm the owner and author of King of the Gym. I started this website back in late 2009 during college, and it has been my pet project ever since. My goal is to help you learn proper weight training and nutrition principles so that you can get strong and build the physique of your dreams! Read more about me here.
Share10
Pin2
Tweet
12 Shares