If you buy through a link on my site, I may earn an affiliate commission at no extra cost to you. Learn more.
By Alex
Last updated on December 25, 2018 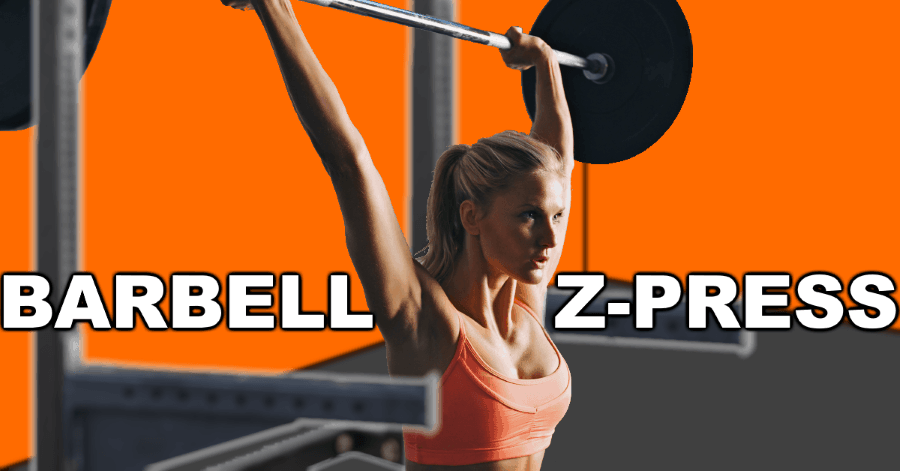 Start with the bar resting on the spotters, but create tension into the bar by making your core tight and rigid. Source for this and the following images: The Hungarian Experiment Here is the side view of the starting position. Note the elbows are directly under the wrists. Just after initiating the concentric -- Note the elbows are relatively "tucked" in. Side view of the Z-Press right after starting the concentric phase. After the bar passes the head, you can begin to flare the elbows out as shown. Flaring elbows after bar rises past head, shown from the side. Note that the head is also starting to come forward. Full lockout shown from the front view. Elbows are locked and facing outward. Head is protracted forward to allow for this shoulder position. Side view of the lockout. This shot really shows the proper head and shoulder position at the top of the rep. As you begin lowering the weight, your elbows should still be flared before getting to you head as shown. Initial portion of the eccentric phase shown from the side. Elbows tucked and head retracted as bar is lowered down in front of the face. This side view highlights how the head must be fully retracted to allow the bar to pass safely in front of the face. As shown, you are back at the starting point upon completion of the eccentric phase of the rep. Note the bar is set down and allowed to come to a halt on the spotters. Ending (and starting) position shown from the side. Note how the head has come forward somewhat after the bar has passed the face.

Is the Barbell Z-Press Right for You?

The Barbell Z Press is a brutally humbling exercise. Even very strong, experienced pressers will struggle. Make sure you have excellent core stability, shoulder mobility, and hamstring flexibility before attempting this lift.

Author
Alex
Hey! My name is Alex, and I'm the owner and author of King of the Gym. I started this website back in late 2009 during college, and it has been my pet project ever since. My goal is to help you learn proper weight training and nutrition principles so that you can get strong and build the physique of your dreams! Read more about me here.
Share1
Pin
Tweet
1 Shares