If you buy through a link on my site, I may earn an affiliate commission at no extra cost to you. Learn more.
By Alex
Last updated on April 27, 2020 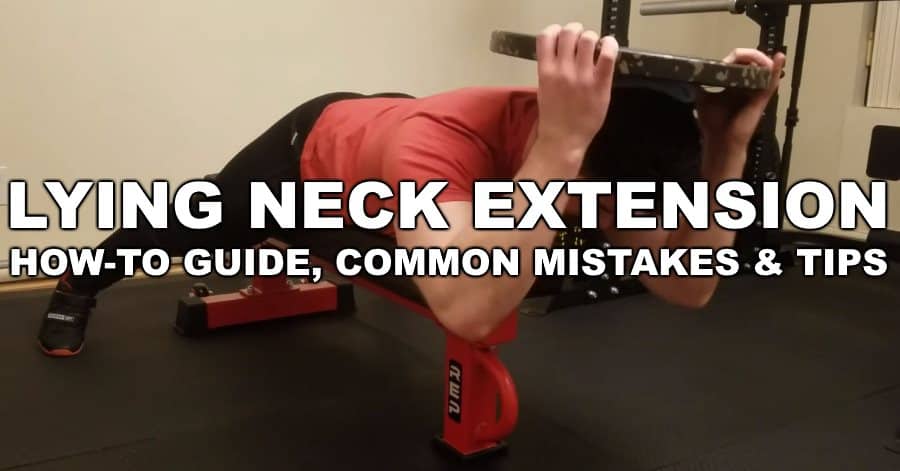 Is the Lying Neck Extension Right for You?

The lying neck extension can be a fantastic exercise for building strength in an oft-forgotten portion of the posterior chain. The neck extensors work in synergy with the erector spinae and other key posterior chain musculature which is critical for stronger pulling muscles and exercises such as the deadlift.

In addition, strong neck extension is a critical component for any activity that involves contact to the head, such as martial arts, football and tactical practitioners such as police officers and military. It is also suitable for the general population as many people tend to have kyphotic posture or forward neck posture from extended time at desks and looking at phones, and strengthening the neck extensors can help combat that.

If you have previous neck injuries such as whiplash, always consult with a medical practitioner prior to beginning neck exercises.

If your main focus is building a thicker neck, the lying neck extension (or any neck extension variation) should be included in a well balanced neck training routine. However, if you had to choose just one neck training exercise for aesthetics, it would be a neck flexion exercise such as the lying neck flexion. That’s because neck flexion movements train the sternocleidomastoid muscles, which are largest and most prominent muscles on the front/side of the neck. Luckily, though, you don’t have to choose between flexions and extensions. You can do both!